Get the All-in-One Spreadsheet

If you want help getting your hire business beyond spreadsheets, click here. 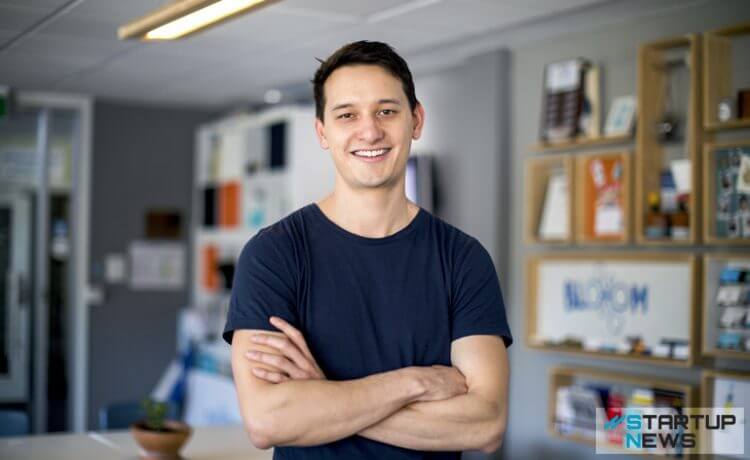 While the world is going nutso over cryptocurrencies one can forget another trend that was all the rage a few years ago: the sharing economy...

While the world is going nutso over cryptocurrencies one can forget another trend that was all the rage a few years ago: the sharing economy. Remember that?

The sharing economy seems like an appropriate use for the World Wide Web. Once upon a time, Sir Tim Berners-Lee (well before he was a Sir) invented WWW, html, http and all that in order to share his CERN project with other collaborators.

Wind on a quarter of a century, and the ‘sharing economy’ became a term, along with collaborative consumption, to describe such online juggernauts as AirBnB and Uber and WA’s own Instatruck.

The logic goes that many of us possess assets that are underused, whose trapped value could be unleashed by developing tech to connect those that with idle assets (such a car or a spare room or a truck) with those that would like to hire them for a while.

An idea comes from idle time

‘Idle Australia’ is not some sad commentary on our fellow nation’s workers, but is in fact the Bloom Lab-based startup cofounded by CEO Dylan Hrurukvit (pronounced ‘Roo-ruk-vit’) a year ago.

Dylan’s taken the sharing concept and applied it to construction equipment, an industry he grew to know well while working as an electrician for a decade.

“Every electrical company I’ve ever worked for has underutilised assets,” Dylan told Startup News, “Whether it’s a $15k electrical tester or $50k excavator for trenching.

“I then watched other electrical companies hire the exact same equipment from large hire companies who mark up the transaction. (I thought:) – why couldn’t they hire it from us instead of Coates, Kennards or TechRentals?”

The assets were quite literally, sitting idle, which became the ideal name for his idea.

After months of research and development, the site was ready. Having tested it with a few ‘pretend bookings’, Dylan was eager for his first paying customer.

‘David’, an electrical director, emailed Dylan at 6pm one Friday requesting an excavator the following morning at 7am (a Saturday!). He had no such item on the site.

After calling all his contacts and looking online, Dylan found ‘Ray’ on Gumtree who had the machine available. Dylan manually entered the excavator listing to the Idle website and guided David through the to ‘Sign In’ and booking process online. David paid and Ray accepted the payment.

David went and collected it then returned it when he was finished. Deal done!

As in many B2B relationships, Dylan found that brand loyalty was built through direct personal relationships that grows as repeat jobs come through.

“The first intense conversation I ever received (from a customer) was from the director of an earthmoving company, who was upset with me about how the prices displayed didn’t clearly differentiate wet and dry hire.” Dylan told Startup News, “He was fiery and passionate about the presentation of his machines and I was blown away by how much he cared – after all, Idle Australia was really just Jack (Scott) and I working out of a computer lab.

“Within a few weeks, we made changes using his feedback and around a month after that, he landed a $3,000 job through us. Every time we speak about new jobs these days, I like to think he admires the progress we’re making. I look forward to the day I get to share a beer with him and tell him all about it.”

Dylan believes the ‘ah-hah’ moment comes when a user sees how easy it is to book and hire through the site. Whether it’s a lender receiving payment for an asset that would otherwise be sitting around doing nothing or a renter grabbing a machine they need for a fraction of the cost.

The first year of Idle is the classic tale of building a two-sided marketplace.

You have to get enough people on the site to advertise their wares (supply) as well as attract enough users who are looking for these services (demand). When you start out, you don’t have much traffic to convert leads into bookings so have to use ‘kidology’ to win your first customers.

As people list their services on the marketplace, you hope for a few conversions so the suppliers will stay, as you try to build up demand. Doing both at the same time is a difficult juggling act.

Uber got around this problem by giving their first drivers in a new city the best terms on offer. The minute a passenger used the app, there had to be a driver available nearby or the whole thing would not take off. Uber made sure supply was there. Some Startup News readers who use Spacecubed in Perth may remember Uber’s first two local employees were located there in late 2014, early 2015, Tom and Sam, one working on demand, the other supply.

So, with Idle now reaching its first year anniversary, how has the first 12 months of trading been?

“There isn’t an ounce of doubt in me, that this industry isn’t ready for a change,” Dylan told Startup News, “Don’t get me wrong, I’ve met my share of cowboys but, construction businesses have much more in common than they do apart. We’ve processed over 60 successful hires between civil, earth moving, landscaping, plumbing and electrical directors in Perth, and I know deeply that this level of collaboration and innovation is the vision I want to pursue.”

Startup News saw Idle’s recent quarterly report to shareholders and advisers. The report shows that all main indicators (traffic, bookings and revenue) are indeed trending in the right direction, and that within the construction equipment industry there are interesting niches to exploit.

1. Working yourself to death is the easy option

As Dylan says, “The true challenge is balancing (one’s) determination, perseverance and energy, without forgetting, appreciating or valuing the time and moments I have right now with family and friends.” Trying to retain work-life balance in that first year of startup is really hard.

2. What people say is OK, what people do is great

Early on, Dylan received a lot of positive feedback and expressions of interest to use Idle if he built it. Once he built the ‘shell’ product and asked for listings, the amount of real users was around 10% of those that had expressed interest.

3. Recognise if someone isn’t your target market

To the second year and beyond…

Dylan is talking with various angel investors and hopes to close a significant round soon, which will help him scale up. The hard ground work has been done, the site works and if any Startup News readers are interested in helping, then forwarding this article or the site itself to people in the construction industry would really help Dylan and the team.

“I’m not sure whether you include calls-to-action inside articles,” Dylan told Startup News, “but one of my greatest desires would be for our vision to resonate with people reading this article so much, that they can’t not tell someone in construction they know.”

Dylan’s team includes himself as CEO and “seemingly a bit of everything”, Jack Scott as technical Co-Founder, Brady Flockhart does Marketing and Growth and James Stretch, Business Development (see photo above).

As the team like to say “Don’t let your equipment sit idle“.

Well, precisely. Who can argue with that?

Is your rental business growing fast?
Need automated processes? Take the first steps in automating your business processes with spreadsheets. When spreadsheets don't cut it for your team
Show me how 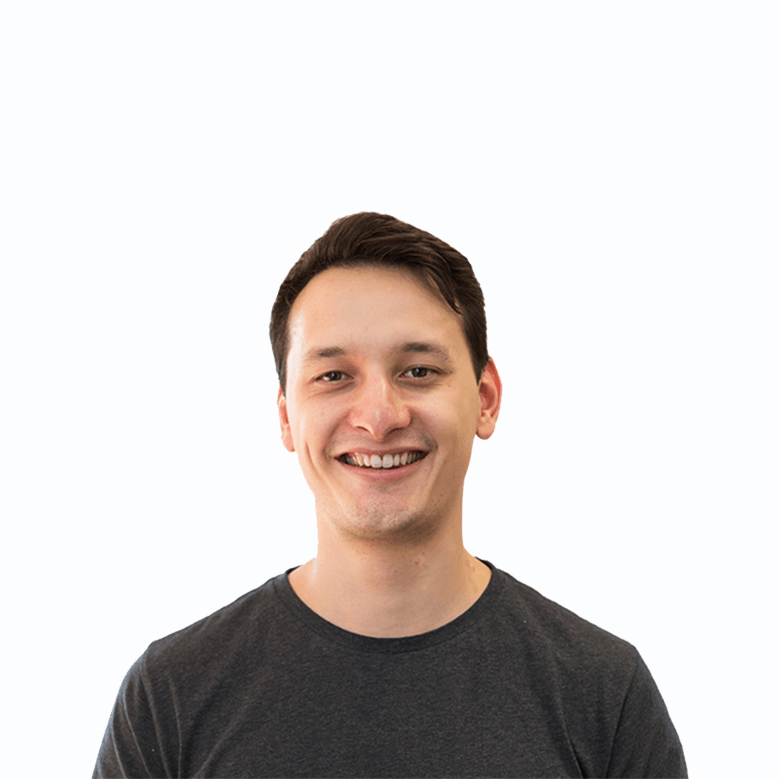 About Dylan Hrurukvit
Dylan is a co-founder of StayOnHire with deep mining and construction experience since 2008 as an electrician and electrical supervisor. Since combining his industry and technical knowledge to software in 2016, he continues to innovate business processes surrounding online bookings, payments, cross hiring, operations, asset management and scheduling throughout the industry.
Learn more
Looking for reliable
plant hire software? 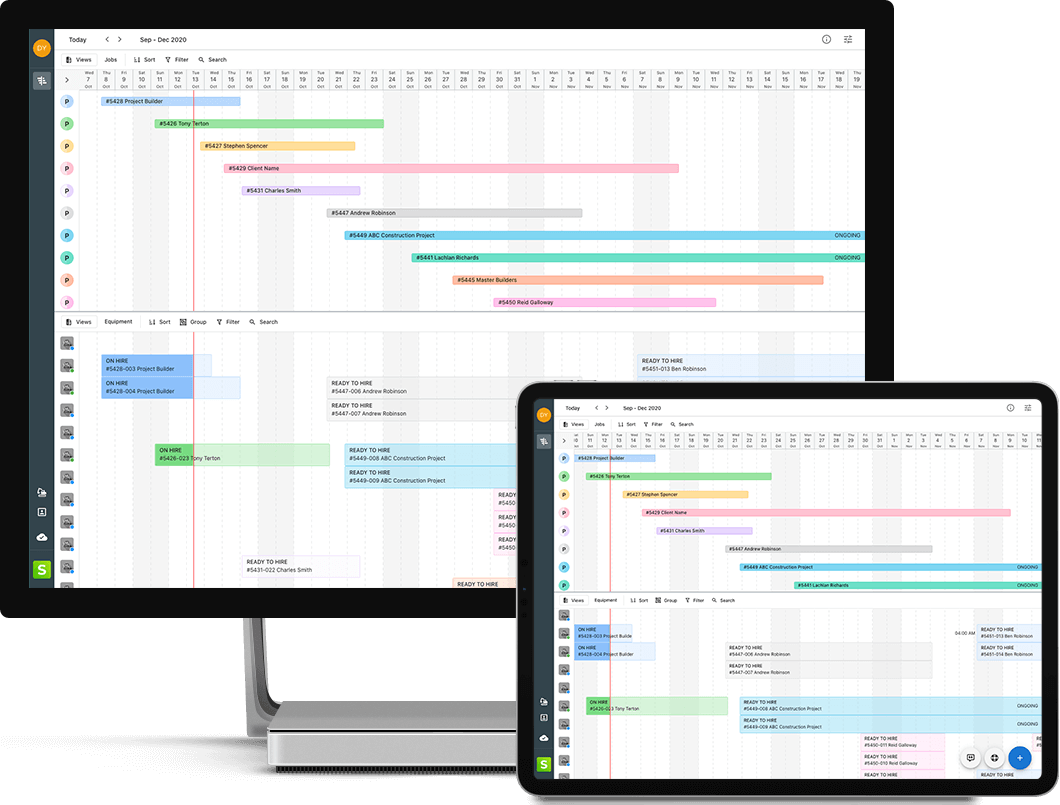